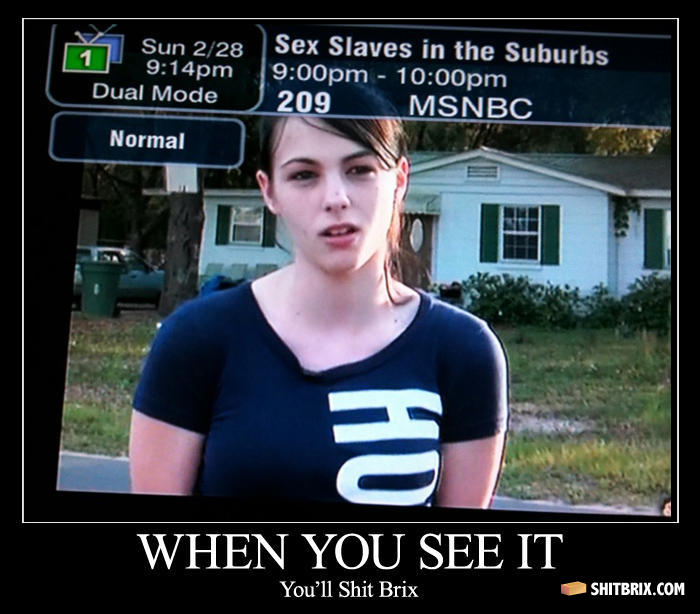 The headline is "Sex Slaves in the Suburbs", and the girl has "HO" written on her left breast.