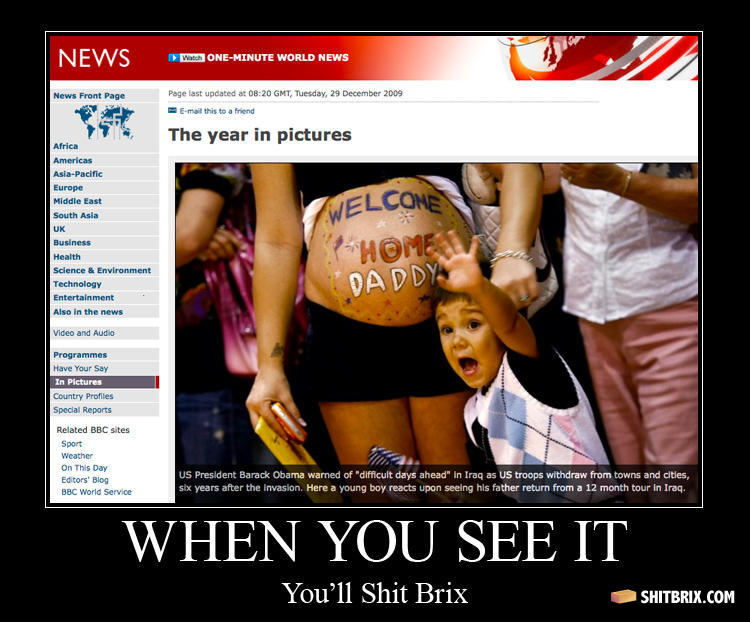 He was deployed for 12 months, but believe it or not they do get to go home for a few days... it's called Rest and Recuperation leave (aka R&R). This picture is dumb and misleading.