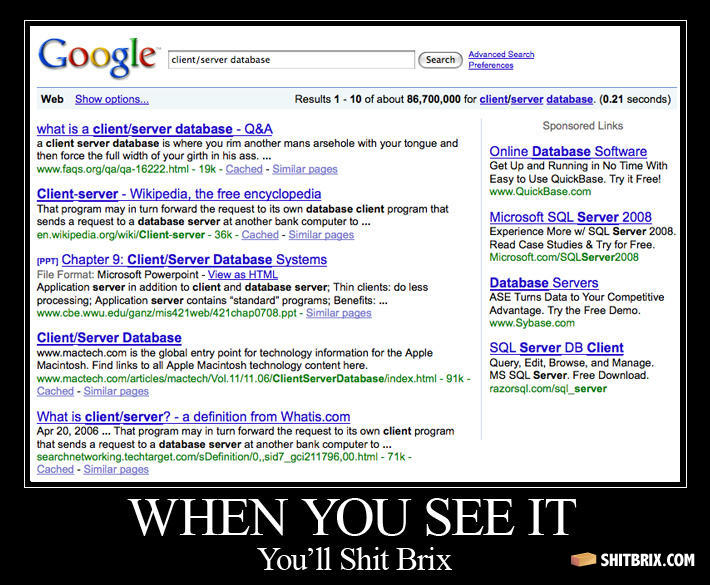 no. 1 in Google for client/server database, WTF?