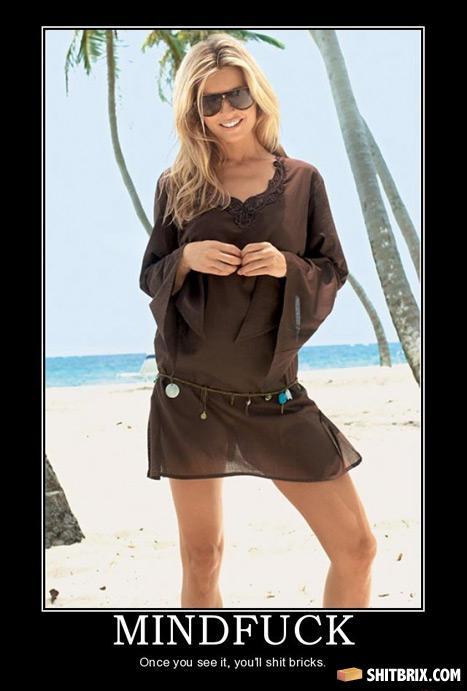 "No she's not, it's the base of the thin coconut tree."

Just keep telling yourself that.