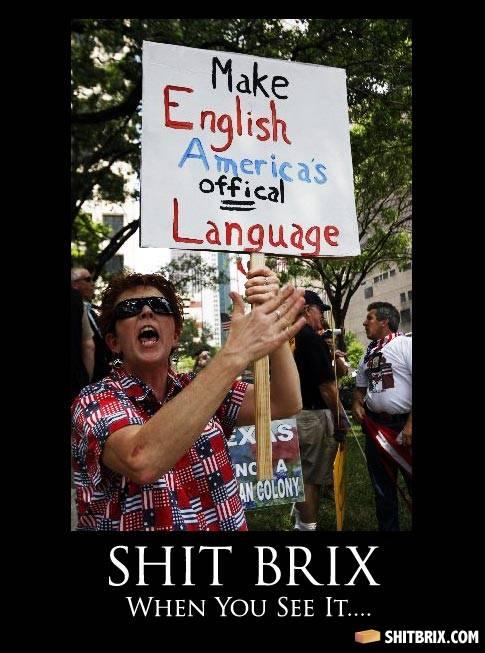 Ummm ladyy? are you sure you really need english being the official language? cause apparently you need to go back to 2nd grade so hen you can learn better english!