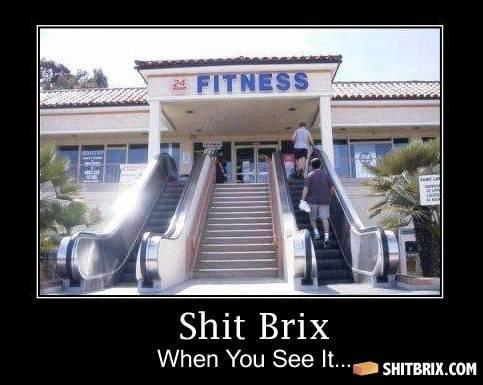 Nice. Use the escalator to get to the gym...