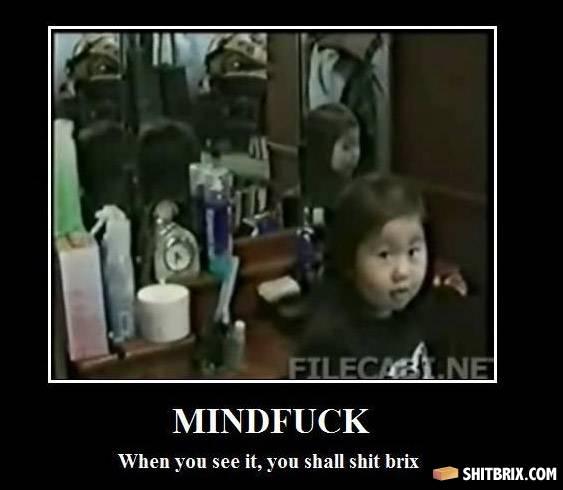 "It's her fucking reflection. How can her reflection look like that if she's turned around? " there's more than one mirror, i think its the eyes.