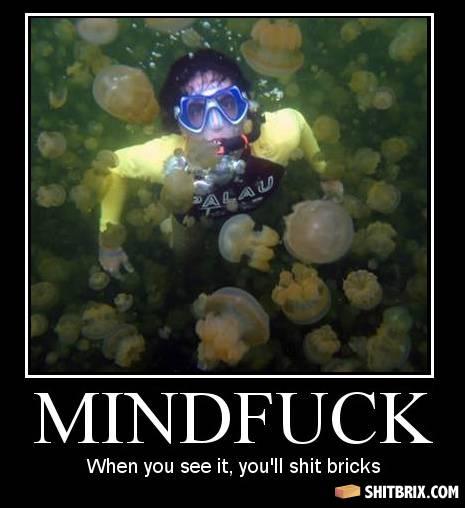 If you look close, you can see a jellyfish