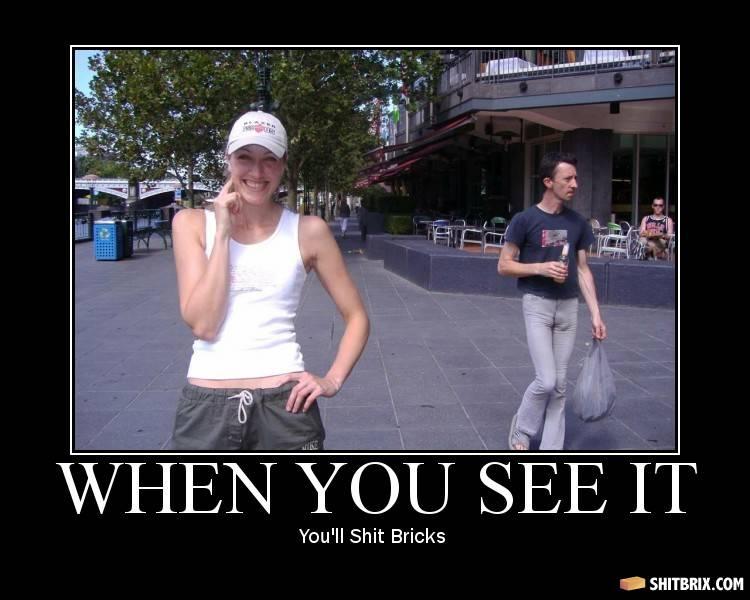 That's why the gir in the picture pretended to pose so they could get a pic of this guys smothered nuts!!!! LMFAO!!! LOOK AT HER FACE, SHE KNOWS WHAT SHE IS DOING. HAHAHA