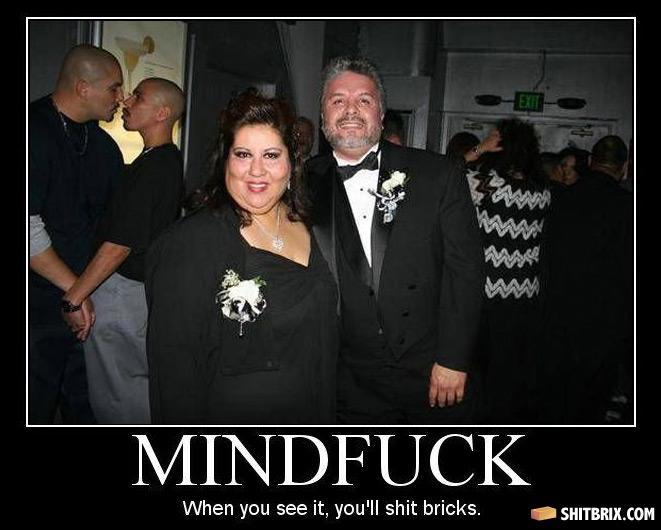 Two gay Mexicans kissing in the background on the left side.