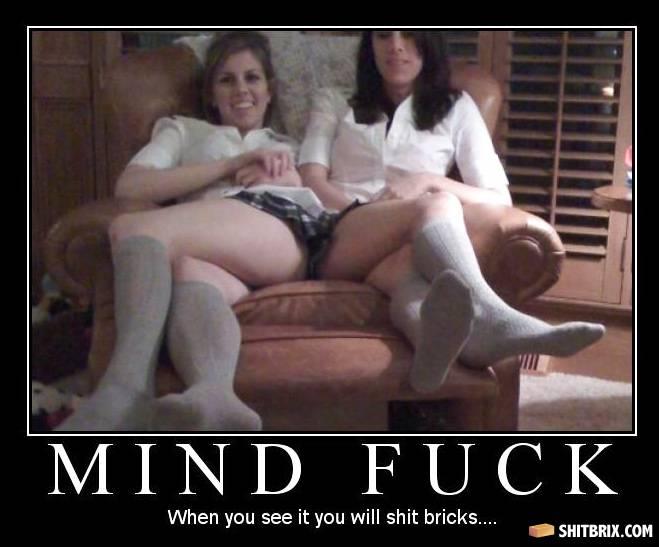 Each has their legs crossed... The two on the left are the girl on the left's, and so forth... It just looks weird, but there is those two 'eyes' under the chair.. Maybe a cat?