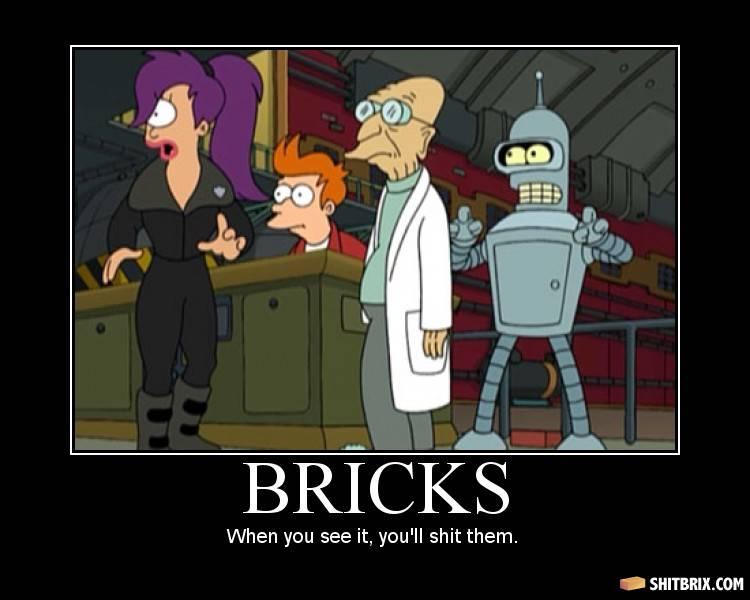 between Bender's legs is a brick, that he shit.

They're all looking in the same direction, and when Bender saw it, he shat a brick.