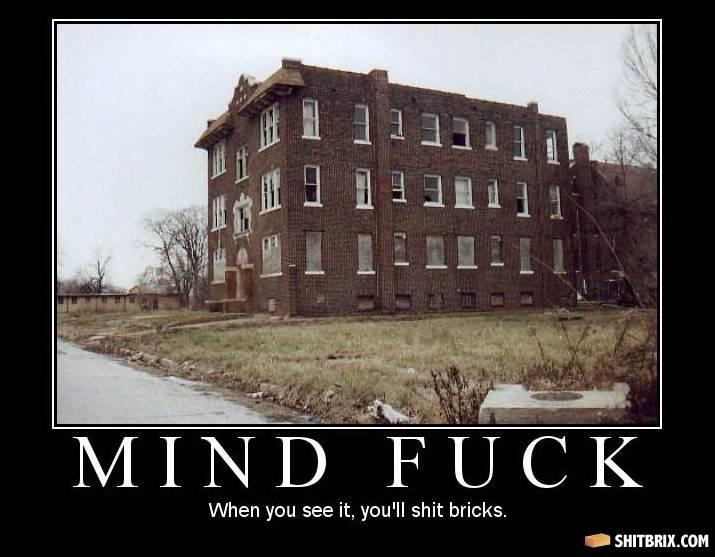 This building was constructed by all the bricks shat at this site.