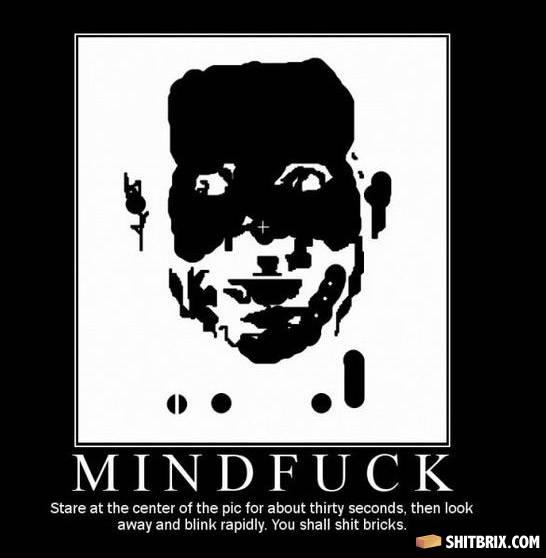 Over a minute has past, and I can still see it if I start blinking. You've fucked up my brain. Anyway, someone should do this with several hawt pictures of girls in different positions, so people can blink and actually see a girl right in front of them while fapping. It would be ultimate.