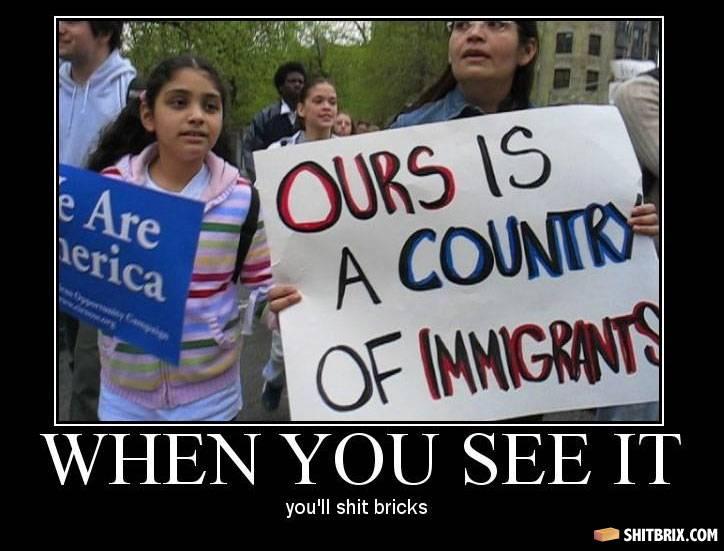 My god you guys are stupid. "Ours is a country of immigrants" is a perfectly acceptable grammatical phrase. If you were intelligent you'd understand that it's NOT a bad joke about immigrants thinking U.S. is pronounced like the pronoun "us," and you'd also realize that they aren't saying there are too many immigrants, they're saying that the U.S. was built by immigrants, and therefore modern immigrants have as many rights as citizens. Also, is the mindfuck the black guy in the back?