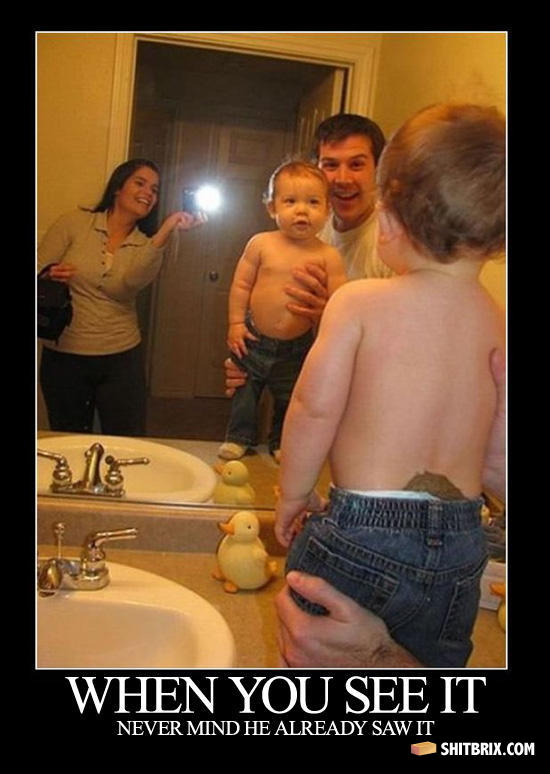 The little shit had a big shit.